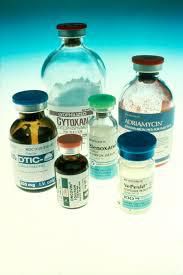 Hormones are natural substances made by our glands in our body and the network of glands that make hormones is termed as endocrine systems. These hormones are carried through bloodstream and act as a messenger between one part to another part of our body. Hormone therapy is one of the major modalities of medical treatment for cancers which involves manipulation of the endocrine systems through exogenous administration of steroid hormones or drugs inhibiting or interrupting activities of specific hormones. Surgical removal of certain endocrine organs for instance oophorectomy can also be employed as a part of hormone therapy. In hormone therapy physician generally start with hormone receptor test that let caregivers to measure amount of cancer proteins or hormone receptors within a cancer tissue. By estimating the amount of hormones such as estrogen or progesterone the test either can be positive or negative.

Major divers to global cancer hormone therapy include rising incidences of cancer across globe. Statistically according to WHO cancer accounts for 8.2 million deaths in 2012 and it is estimated that annual cancer cases is expected to rise from 14 million in 2012 to 22 million by 2022. Rising awareness among physician and patients towards alternative cancer therapy processes such as target therapy, immunotherapy or hormone therapy is likely to uplift the market in forthcoming years. Side-effects associated with hormone therapy are major restraints to growth and acceptance of therapy. Some of the common side-effects associated with hormone therapy for cancer include nausea, vaginal spotting, irregular menstrual periods, skin rashes, loss of appetite, vaginal dryness, impotence and male breast enlargement among others.