There are also substances that are meant to be used to clean an animal’s skin or a wound as a pre-surgery preparation. Other substances include those that are used as routine disinfectants for oral hygiene as well as for prevention of contracting infectious diseases from other animals.

The most commonly used products in the Asia Pacific, Latin America, and Rest of the World veterinary antiseptics market include hydrogen peroxide, alcohols, chlorhexidine, and iodine and iodophors. Other minor substances include acetic acid and silver compounds. Of these, iodine and iodophors are marked as the fastest-growing products segment of the market. This segment shows a heavy adoption rate as it is growing in preference from veterinarians for both companion and production animals. Iodine and iodophors provide a sustained release of antiseptics and are a lot milder than other antiseptics, due to which they can be used even on smaller animals.

The second-most popular antiseptic in the Asia Pacific, Latin America, and Rest of the World veterinary antiseptics market is chlorhexidine. Its main use is in the treatment of skin infections, gum diseases, and infections of the external ear. It is also used for uterine irrigation. The use of chlorhexidine comes with its downsides too, as the chemical is unpleasant to taste and desensitizes the taste buds.

India is the Fastest-growing Regional Segment

Owing to its increasing populations and an increase in the number of companion animals in the country, India is the fastest-growing region in the veterinary antiseptics market. Within companion pets, India has experienced an upswing in the import of pet cats and dogs. The country, however, hosts a major market restraint – lack of available skilled medical bodies and veterinarians to support the growing companion animal population.

The second-largest region in the Asia Pacific, Latin America, and Rest of the World veterinary antiseptics market is Japan, due largely to the same reasons as India. Japan has shown a particularly sharp increase in the import of dogs over the past few years. The country’s annual veterinary antiseptics sales account to roughly US$686 mn. The region faces the market restraint of growing governmental restrictions on a number of veterinary antiseptic products. 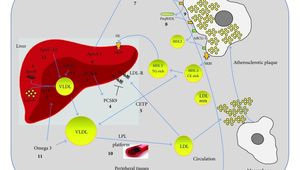